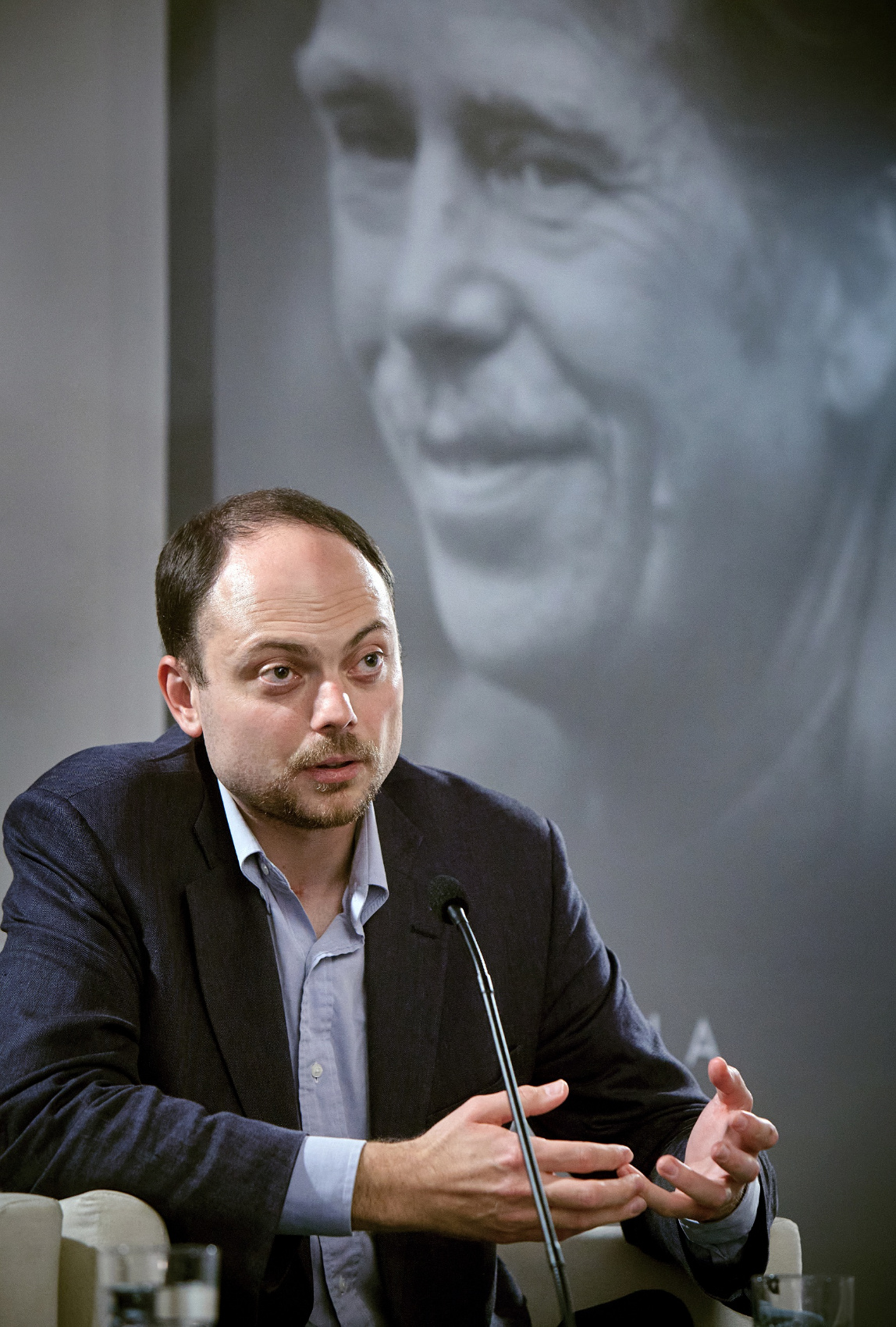 The Václav Havel Human Rights Prize 2022 was awarded to VLADIMIR KARA-MURZA, a Russian dissident who is currently in jail for speaking out against Putin’s war in Ukraine. Vladimir Kara-Murza is a Russian politician, author, and historian. A longtime colleague of opposition leader Boris Nemtsov, he has served as deputy leader of the People’s Freedom Party and was a candidate for the Russian Parliament. Kara-Murza played a key role in the passage of “Magnitsky laws” in countries around the world – including the U.S., the UK, and Canada – that imposed personal sanctions on Russian officials involved in human rights abuses. Twice, in 2015 and 2017, he was targeted for assassination by poisoning by operatives of the Russian Federal Security Service (FSB) who were later identified in a media investigation by Bellingcat, The Insider, and Der Spiegel. In April 2022 Kara-Murza was arrested and has since been imprisoned in Moscow for his public opposition to Vladimir Putin’s war on Ukraine. Kara-Murza is the author or contributor of several books and documentaries on Russian politics and history. He holds an M.A. in History from Cambridge.

International Conference in Honour of the Laureate

For more information visit us here.