Havel´s Power of the Powerless: How can the EU connect better with its people 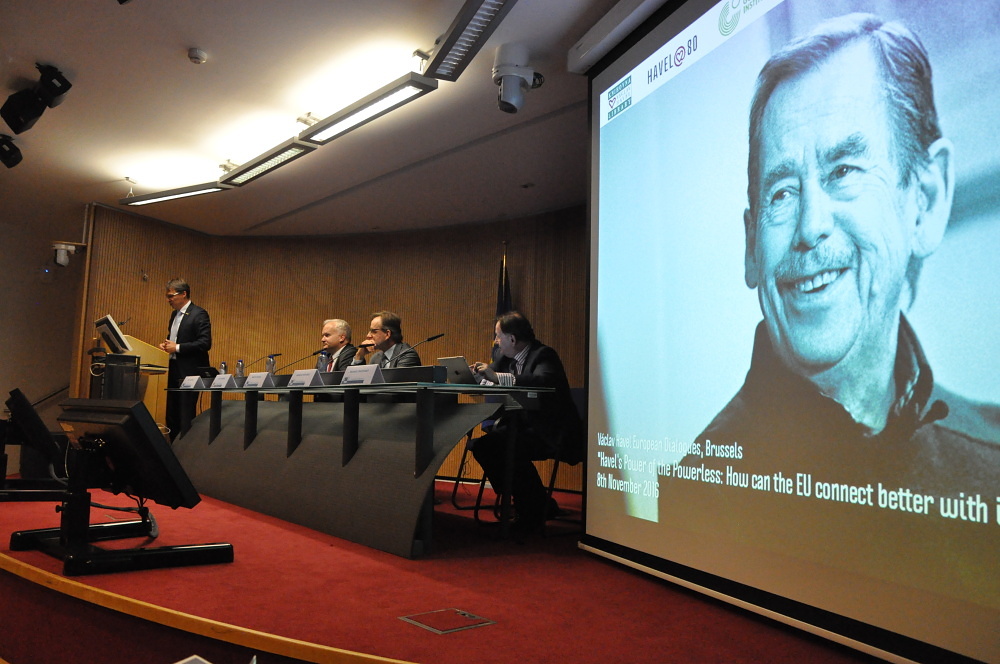 18:00 Opening of the conference

18:15 First Panel: " Václav Havel‘s legacy for the Europe of citizens: what story for Europe?"

One of Václav Havel‘s legacies was his civic engagement based on his sense of responsibility for the future of the society and the country he was a part of. As a convinced European, he stressed the need to maintain the connection between the state and its institutions, and its people. For him politics was an ongoing, deeply meaningful dialogue comparable to a theatre piece. The EU reflecting the values he was fighting for needs to generate stories which would address people´s concerns and dreams. It should avoid being perceived as a de-personalized structure. How to introduce the “Europe of stories”? How can we bring the EU closer to the people and protect it from populism? What stories do Europeans expect from the EU? How can the EU emphasize its original contribution for peace?

19:15 Second Panel: " The war for the European soul: Europe between politics and civil society"

Increased popular discontent in the EU countries with the associated symptoms of populism, confusion and emotionality in public discourse has led to the crisis of trust of European citizens in the future of the EU, manifested, i.a. by the outcome of the referendum in the UK. At the same time, the EU clearly needs the self-reflection and rethinking of the connection between the world of the EU institutions and member states, between politics and civil society, high policies and low politics, elites and ordinary people. What can the European leaders and the EU institutions do to change the dynamics? What should be changed? How to address popular concerns and reassure people?