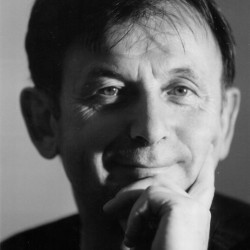 Michael Zantovsky is a Czech psychologist, author, diplomat and politician, former Czech Ambassador to the United States, Israel and the United Kingdom, and a former senator of the Czech Parliament and chairman of its Committee on Foreign Affairs, Defense and Security. He currently serves as the Executive Director of the Václav Havel Library, the primary caretaker of the legacy of the late Czech President. In November 1989 he was a founding member of the Civic Forum, an umbrella organization that coordinated the overthrow of the Communist regime in Czechoslovakia. He subsequently served as a spokesman, press secretary and political director to President Václav Havel. He has been a prolific author, translator, journalist, and educator, having translated more than 60 volumes of prose, poetry, drama and non-fiction into Czech. His 2014 biography of his longtime friend Havel: A Life was published in English, Czech and more than a dozen other languages. He has been awarded the 2016 Czech and Slovak Trans-Atlantic Award and the 2017 Foreign Minister's Medal for Meritorious Service to Diplomacy. He has taught American studies and Euro-American relations at Charles University, the New York University in Prague and the CEVRO and CERGE institutes. He was President of Aspen Institute Prague and is currently the Honorary President of Aspen Institute Central Europe. He is a member of the Global Commission for Post-Pandemic Policy. Mr Zantovsky studied psychology at Charles University, Prague and McGill University, Montreal and holds a Masters degree summa cum laude. He worked as a research psychologist in the fields of evolutionary foundations of behavior and theory of motivation at the Psychiatric Research Institute, Prague.

Karolina has worked in the Vaclav Havel Library since 2015 as Head of the Office and Secretary of the Executive Director. She is responsible for preparing and managing the company´s budget, fundraising and contractual relationships in the field of administration (including leases) and personnel matters. She obtained an engineering degree in finance from the Banking Institute. She gained her first working experience at the Office of the President of the Czech Republic in the protocol department during the presidential term of Václav Havel (1992–1995).  She then worked for many years in various positions at the Ministry of Foreign Affairs of the Czech Republic and the Czech embassies in London and Tokyo. She worked at the Office of the Government of the Czech Republic between 2007–2009 in a team preparing the Czech Presidency of the Council of the EU. Before joining the VH Library´s team Karolina worked as the Head of the Cabinet of the Defence Minister of the Czech Republic. 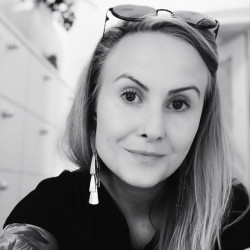 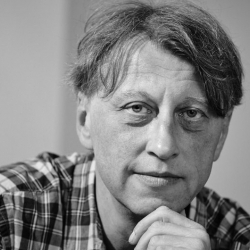 Jáchym Topol (1962), writer and journalist. A signatory of Charter 77, he worked in various labouring jobs. He has published in periodicals such as Revolver revue, Respekt, and Lidové noviny, and is known for novels such as “Sister”, “Gargling with Tar” and “Cold Land”. 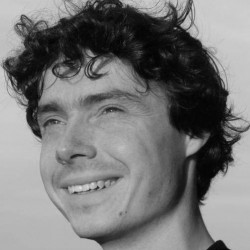 Pavel Hájek (1977) holds a PhD in cultural studies. He has experience in the field of sales and has worked as a marketing manager (State Opera Prague) and book designer (Malá Skála Publishing House). He is the author of works of fiction (“Kráska a Netvor”, “Měsíc v parku”) and of studies on the cultural and historical development of the Czech landscape (“Česká krajina a baroko”, “Jde pevně kupředu naše zem”). He is also one of the authors of the literary historical essay “Cavismus - membra disiecta 1917-1934”, the anthology “Krajina zevnitř” and the book “Krajina a revoluce”. 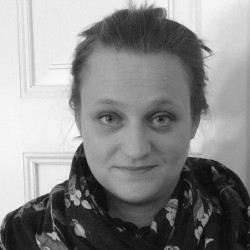 Barbora Grečnerová graduated from the Faculty of Arts of Charles University in Prague. She has published several translations from Norwegian and writes reviews on contemporary Scandinavian literature. She has professional experience in management of international educational programmes financed by EU and Norway Grants. 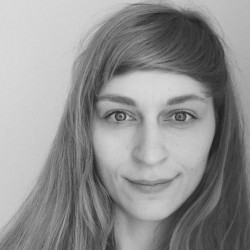 Erika Zlamalová (1985) graduated from the Institute of Czech Studies at the Silesian University in Opava. She contributes to the magazines Týden and In magazín HN and since 2008 has been working for the Prague Writers’ Festival. As an editor she helps shape the Literární.cz and Portálu české literatury websites. Since 2011 she has been a member of the Václav Havel Library’s editorial board, where she serves as a language editor as well as helping prepare and implement its programme. 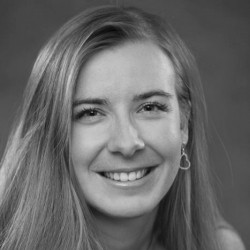 After graduating from a bilingual high school in Brno, Veronika Pikola Brázdilová (1986) studied at the French university Sciences Po Paris (Paris Institute of Political Studies). Following two years in Dijon and an Erasmus exchange year in Brussels, she acquired a master’s degree in Paris, specialised in communications. She later became a trainee at the European Commission’s Directorate-General Communication in Brussels, before working at a Belgian communications agency managing the official website of the European Union as an editor and project manager. In November 2012, she returned to the Czech Republic after six years of living abroad and for a year worked as a coordinator of the 13 information centres on the EU at the Representation of the European Commission in Prague. In November 2013, she started to work at the Václav Havel Library as a Program coordinator and since September 2019 as an International Projects Manager. In March 2021 she went on parental leave.

Zuzana Hocková (1977) graduated in Finance from the Prague University of Economics and Business and obtained a Master’s in International Management from the Community of European Management Schools. During her post-graduate studies she had a study stay at Norges Handelshøyskole and did internships at the investment bank JP Morgan Chase in London and at auditors PricewaterhouseCoopers inFrankfurt/Main. She served for several years as a credit analyst at the HQ of Germany’s Aareal Bank in Wiesbaden, before working as a key client manager at its acquisition branch in Prague. She has published numerous translations of specialised literature in English in the fields of economics, politics and philosophy. Prior to joining the Václav Havel Library she was head of the Centre for Strategic Partnerships at the Rector’s Office at Charles University, which she was tasked with establishing in terms of methodology and conception by the Rector’s Board. At the Václav Havel Library she is responsible for all international projects and conferences. 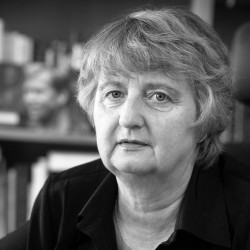 Anna Freimanová (1951) is a librarian by profession. In the 1970s she was an assistant director at the Divadle Na zábradlí theatre, before working as a librarian in the theatre department of the National Museum and at the Municipal Library. She was involved in samizdat publishing, principally with the theatre magazine O divadle. In 1990 – 2003, she served at the President’s Office as Václav Havel’s secretary for literary and theatrical matters. During that period she edited most of the publications of his work in Czech. In the 1990s she co-founded the Aura-Pont theatrical and literary agency and the Foundation Fund of the Alfréd Radok Awards. Between 2004 and 2011 she headed Czech Television’s print division.

Martin Vidlák graduated from the Faculty of Electrical Engineering at the Czech Technical University. From 1991 to 2003 he worked in the monitoring and documentation department of the press section of the Office of the President and from 2003 to 2011 he worked with Václav Havel at his private office. 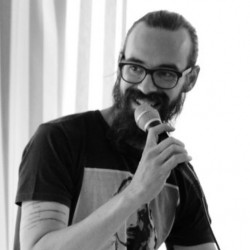 Librarian, graphic artist and photographer, DIY concert promoter for many years, programmer at now defunct clubs and independent organiser of arts events, particularly in his native South Bohemia. Author of the book S harpunou na tetanus (Taking on Tetanus with a Harpoon) and song lyrics. Mainly takes care of the book collection and archive at the Václav Havel Library. 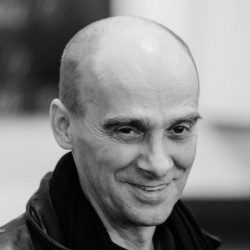 Ondřej Němec (1960) began taking photographs in his 20s, though for political reasons he was not able to study in that field. He apprenticed at a printing works before finding a job as a stagehand and later as a stoker. In 1990, he joined the daily Lidové noviny as a photo reporter and worked there for 22 years. Prior to 1989, his photographs had only been published in samizdat or abroad, often anonymously. He does not take part in competitions and does not like to exhibit. Nevertheless, he received the Revolver Revue Prize for 2012.

Jakub Čermák (1986) – poet, songwriter, director. He has published four collections (Resumé 17; Padavčata; Stroboskopy; Středohoří) and one children’s book (Do vesmíru!). Under the name Cermaque he has released nine albums of music (Krajiny bez rytíře; Dům Slzí; Přítel holubů; Divozemí; Démon v Paříži; Rodinné album; Gravitace; Neboj; Teorie dospělosti), with the last two named nominated for Anděl awards (Alternative and Folk categories). He has also directed the travelogue Skok do vody and the radio documentary Zrní cesta tmou. He has made around 40 music videos for Czech and international artistes. He is responsible for video at the Václav Havel Library. 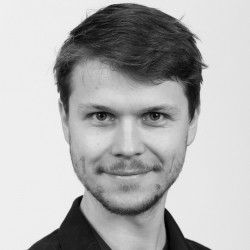 Jan Kubík (1989) - Graduate of the Jaroslav Ježek Conservatory, where he studied Textual and Scriptwriting. Active in theatre (Kabarduet) and especially in music (in the past bands Katzenzungen, Vlákna, Lemmingway, Pája & Many others, also performs as a songwriter Lumík). In the past archivist and after years administrator of building management for Exxonmobil. Teacher of guitar and ukulele. 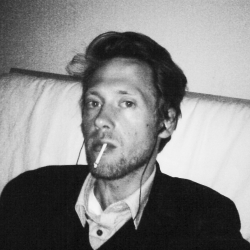