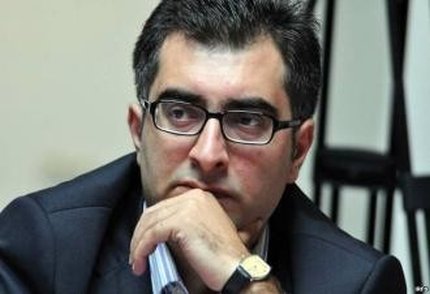 Anar Mammadli Anar Mammadli is a renowned Azerbaijani human rights defender who has made a marked contribution to the respect of human rights and free elections in his region. He is founder and chairman of the Election Monitoring and Democracy Studies Centre (EMDS), which since 2001 has monitored votes in Azerbaijan. In December 2013, Anar Mammadli was charged with “abuse of office” and this May was sentenced to five and a half years in prison.

The Václav Havel Library has organised an international conference in honour of the laureate; Human Rights 25 Years After took place at the Prague Crossroads on 1 October, 2014. Alongside all the finalists from 2014, the 2013 year’s winner, Ales Bialiatski, also joined the conference. Mr. Bialiatski was unjustly imprisoned at the time his prize was presented but was released this summer under a presidential amnesty.

What is the state of human rights globally, 25 years after the fall of the Iron Curtain? Are we doing any better? Who is scoring better and who is losing? How has the concept of basic human rights developed in 25 years? What are the new innovative concepts to define human rights?   And what are the proper tools and incentives to improve the situation?

What has been the path of post-Soviet countries in the last 25 years? What has the impact of Russian-Ukrainian conflict been for other countries in the region? What are the prognoses for Russia, Ukraine, Georgia, Belarus? How real are threats to minorities (ethnic Tartars, Jews, etc.)?

How real is the treat of a new division of Europe? How real is the threat of a new Cold War? How prepared are we for such an alternative? What should be the divisions in a globally interconnected world? Are we willing to defend freedom and democracy? Are we ready to sacrifice anything?