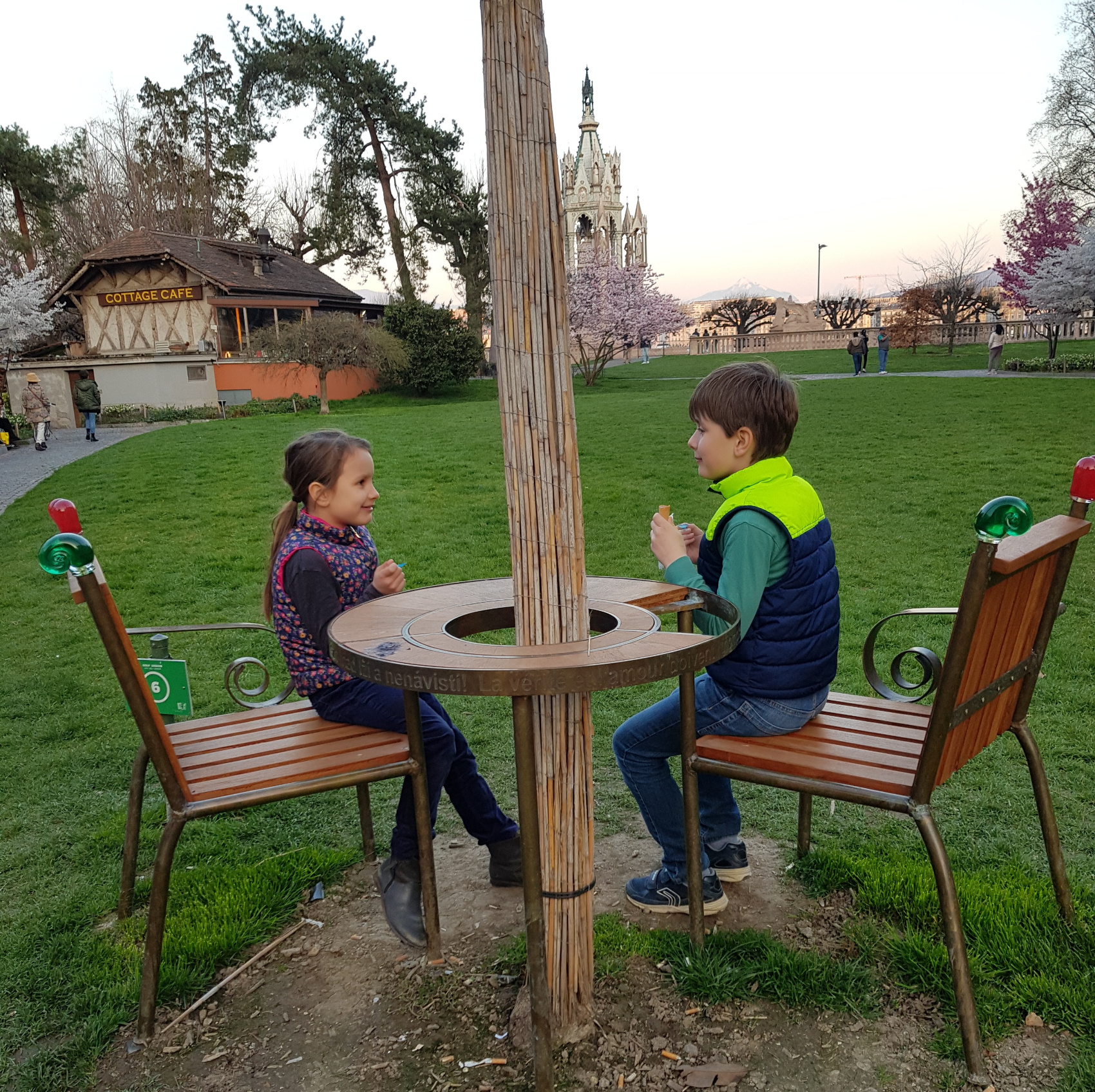 The 29th Václav Havel’s Place was ceremonially unveiled in a park by Lake Geneva, very near to the Beau-Rivage hotel, on Friday 16 November 2018. It took place on the eve of a Czech state holiday, Struggle for Freedom and Democracy Day, and in the year of the 50th anniversary of the so-called Prague Spring and of the 100th anniversary of the foundation of Czechoslovakia. It was at the Beau-Rivage hotel, shortly before the declaration of the independent Czechoslovak Republic, that representatives of the domestic anti-Habsburg opposition, led by future prime minister Karel Kramář, and of the foreign resistance, headed by future minister of foreign affairs Edvard Beneš, met for the first time. The Václav Havel’s Place is located not only near the hotel but also close to the Olga Havlová Tree, which was planted in the spring of the same year and donated to the city of Geneva by the Swiss branch of the Olga Havlová Committee of Good Will (L’Association Olga Havel, branche helvétique).

Havel’s Place is a memorial dedicated to Václav Havel. It comprises two chairs linked by a round table with a tree growing through its centre. The installation of Havel’s Places is a worldwide project initiated by the Czech ambassador to the US, Petr Gandalovič, and the architect and designer Bořek Šípek. The aim of the project is to create a network of places in public spaces that can contribute to meeting and the holding of genuine dialogue – places where it will be possible to hold discussions and reflect in the spirit of the ideals and philosophy of Václav Havel.