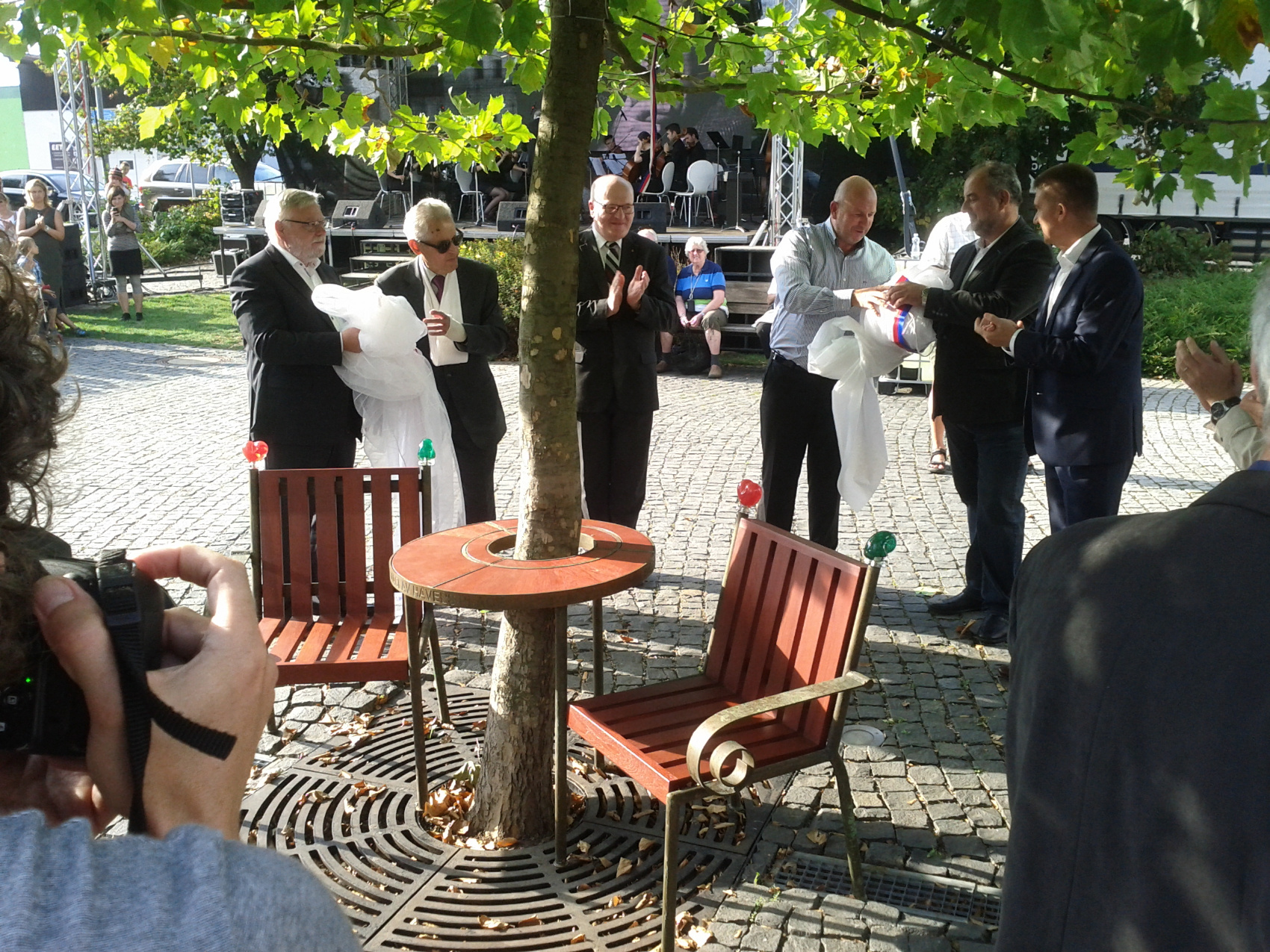 On Sunday 25 September a Václav Havel’s Place was ceremonially unveiled on the grounds of Centrum Vráž in Černošice, which was initiated by investor Mr. Michael Pánek. The speakers at the unveiling ceremony were Minister of Culture Daniel Herman, senator and one-time director of the Press Office of the Office of the President Jiří Oberfalzer, deputy chairman of the Confederation of Political Prisoners František Šedivý and deputy mayor of Dobřichovice Michael Pánek. The ceremony was accompanied by an exhibition of photographs of Václav Havel that was co-organised by the Václav Havel Library.

Václav Havel’s Place is a memorial dedicated to Václav Havel. It comprises two chairs linked by a round table with a tree growing through its centre. The installation of Václav Havel’s Places is a worldwide project initiated by the Czech ambassador to the US, Petr Gandalovič, and the architect and designer Bořek Šípek. The aim of the project is to create a network of places in public spaces that can contribute to meeting and the holding of genuine dialogue – places where it will be possible to hold discussions and reflect in the spirit of the ideals and philosophy of Václav Havel.