The Unbearable Lightness of Evil & Tribute to the Brave (Conference & Concert) 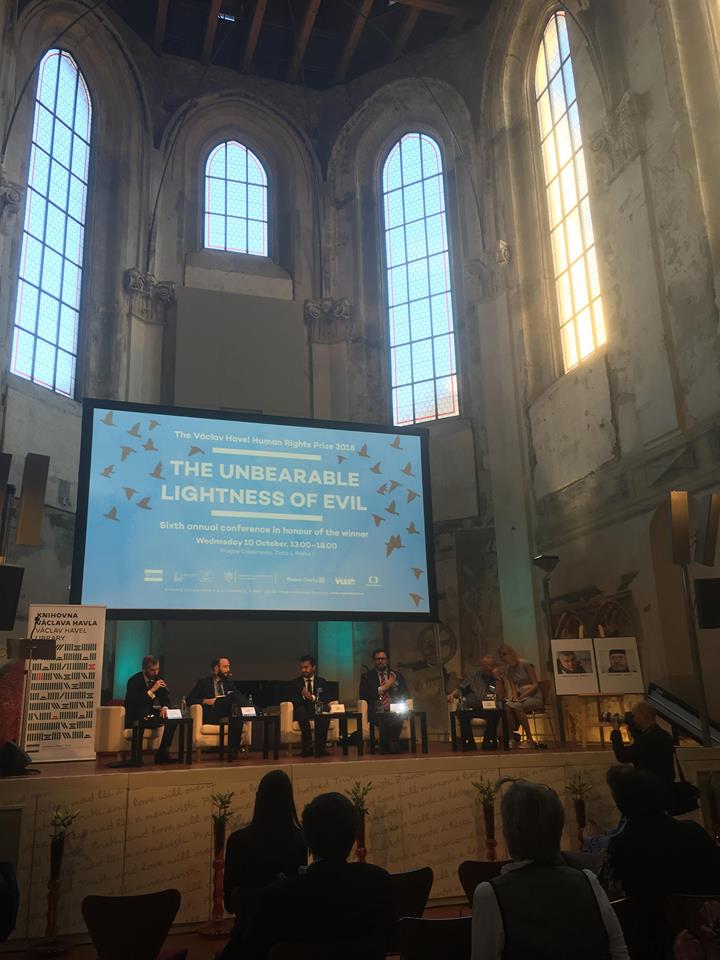 Adam Rajab and Malak Rajab, son and daughter of Nabeel Rajab - co-founder and President of the Bahrain Centre for Human Rights, in detention since 2016 (Bahrain)

The human rights situation in the world is not getting better. Following the atrocities in Rwanda and the former Yugoslavia, the threat of public condemnation, financial sanctions or direct international intervention represented relatively effective means of preventing the most serious forms of human rights abuse. However, such instruments are only effective if they are enforced thoroughly.
Today’s dictators needn’t worry much about the consequences of their actions. War atrocities in Syria, the crimes of so-called Islamic State against the civilian population and the repression of human rights in China, Turkey, Cuba, Russia and Venezuela are for the most part carried out without effective condemnation and often without the attention of the outside media. The kind of consensus that would allow for thorough investigation of the gravest human rights violations does not exist. Neither do we have the mechanisms to punish them. This allows tyrannical regimes to relativise their actions by pointing to other alleged or actual human rights breaches in different situations, to play down their extent, to blame them on the other side or to present human rights activists as being ordinary criminals or the puppets of foreign powers. While this is not a new strategy, modern technologies for spreading information and falling interest on the part of developed countries give them greater hope of success.
The issue of human rights calls for fresh mobilisation on the part of governments and international institutions, in cooperation with non-governmental organisations, the prioritisation of the gravest situations and the reintroduction of effective sanctions against human rights violators.

Around the world moral exhaustion when it comes to dedication to human rights stems in large degree from the moral crisis of the part of the world that has long been their guarantor. The proliferation of human rights demands made on the basis of all sorts of limited interests and causes has led to a dissipation of the attention devoted to the fundamental and universal rights of the General Declaration.
Universal human rights are gradually giving way to partial demands. Populist propaganda presents human rights as a covert political agenda; it denies their universal nature and relativises very obvious violations. There are more and more attacks on freedom of expression, public service institutions, NGOs and civic society as such in the name of the purported defence of traditional values and national identity in the face of threats stemming from globalisation.

Tribute to the Brave (Concert)

The gala concert held in connection of the Václav Havel Prize is also an expression of respect to those who have faced or are today forced to face injustice of any kind. The works of Bohuslav Martinů, Pavel Haas, Gideon Klein and other composers persecuted by the Nazi or communist regimes will be performed by leading interpreters. During part of the concert the stage and audience in Prague will be connected to Bratislava via high-speed internet.