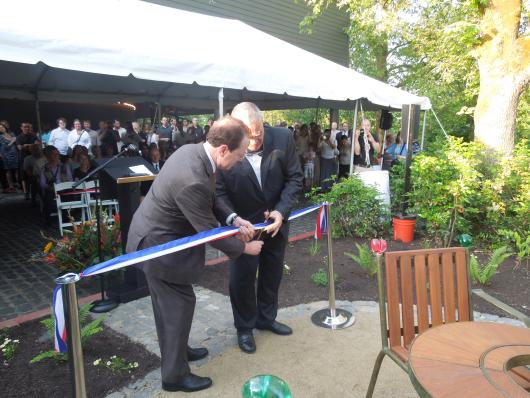 Karel Schwarzenberg, Chairman of the Foreign Affairs Committee of the Czech Parliament and former Czech Minister of Foreign Affairs, and Barry Glassner, President of the Lewis & Clark College in Portland, unveiled a bench on the campus grounds marking the site.

Following Georgetown University and the City of Philadelphia, the Lewis & Clark College in Portland is the third place in the US to honor the legacy of Václav Havel, former President of the Czech Republic, playwright, philosopher and one of the most influential political and humanitarian thinkers of the 20th century.

The unveiling was followed by a theatre performance of scenes and excerpts from Václav Havel's dramatic and philosophical works, and a round table discussion about his legacy.