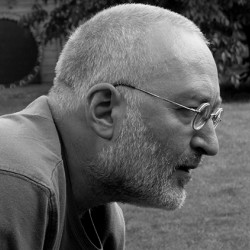 Celebration of what would have been the 80th birthday of the first Czech president, intended not only as a tribute from the citizens of Prague 6 to their famous co-citizen but above all as an expression of respect for a person who served freedom and democracy in an extraordinary way, his literary work and his lifelong work for human rights around the world.

An exhibition of black and white photographs by Pavel Hroch from the former Czechoslovakia capturing not only the period of mass demonstrations in 1989 and the subsequent revolution but above all the first half of the 1990s, a white hot period full of political and social changes, carnivalesque festivity, celebrations, hopes and expectations.

THE EXHIBITION WILL LAST UNTIL 14 DECEMBER 2014. The electronic version is available on Google Cultural Institute.

Opening of exhibition of work by Olaf Hanel.

Opening of exhibition of works by Zbyněk Benýšek. Introduction by Vratislav Brabenec.

Launch of exhibition of work by Zdeněk Košek from the turn of the 1980s and 1990s.

Music: Houpací koně. The exhibition takes place in cooperation with the ABCD Praha civic association and runs until 4 May 2014.

Opening of an exhibition of work by Jan Šafránek. Richard Drury will provide an introduction.

The exhibition of documentary photographs by Eugen Kukla.

Opening of an exhibition of art by Viktor Karlík.

The music group Ženy will perform.

Opening of an exhibition of abstract paintings by Jan Vaněk from the turn of the 1980s and the 1990s.

Lecture and launch of an exhibition by Adam Hradilek and Jan Dvořák exploring the persecution of Czechoslovak Jews in the Gulag during WWII. The Václav Havel Library is holding the exhibition in cooperation with the Institute for the Study of Totalitarian Regimes.

An evening dedicated to Edice Expedice (Expedition Editions), a series begun by Václav Havel and his friends in 1975, and more. Visitors to the Lucerna Passage will learn about the production of banned books in the normalisation period in Czechoslovakia, and how they were smuggled abroad, from those who served in that era’s secret underground publishers and who put themselves in danger by doing so. This Václav Havel Library event will open up a subject covered in the forthcoming VHL Notebooks No. 16 entitled The Expedition Editions Story.

Opening of an exhibition of scorched drawings by Libor Krejcar from the series Forms of Fire (2000–2004).

Libor Krejcar (born 1961 Ostroměř – Hořice v Podkrkonoší) is a visual artist, above all a sculptor, who has been active on the Czech art scene since the mid 1980s. His early work, which involved happenings and objects, was in part influenced by the Crusaders’ School of Pure Humour Without Jokes and the underground scene. In time he moved to an unmistakable form of expression which he lays down in a focused manner in extensive series (the most important of them has been the sculpture collection Pantheria, 1983–2000). Since 1982 he has also been engaged as a musician and lyricist and he is about to release a new album Mezi nebem a zemí (Between the Heavens and the Earth) with the band The Tamers of Flowers (Guerilla Records, 2013).

Karenina Štenclová (born 1959, Prague) is one of the few painters on the Czech scene to have focused purely on abstract painting over a long period. She began experimenting with colour and image during her studies at the Academy of Fine Arts in Prague between 1982 and 1988. From the monochromatic canvasses that she created in the 1990s she moved on to the free gestural painting she still goes in for to this day.

An exhibition composed of the most interesting visual poems from Václav Havel’s Anticodes.

The exhibition runs until 1 November 2013.

Margita Titlová Ylovsky (born 1957, Prague) is one of the most distinctive artists of the 1980s generation. Between 1977 and 1983, she studied at the Academy of Fine Arts in the studio of painting under Professor Oldřich Oplt. She had previously mainly focused on expressive painting and drawing which, thanks to her physical conception and temporality crossed over into action art. She later concentrated on objects and installations. Her basic means of expression is the recording of an immediate gesture in reaction to a current emotional state.

A panel exhibition dedicated to the fates of Czechoslovak citizens interned in Soviet concentration camps. Its creators have recorded dozens of interviews with former prisoners and gathered a great deal of information in the NKVD archives as well as authentic items from camp life. The exhibition was first staged at the Václav Havel Library in Prague in March last year; after being shown at other cities and towns, it will now welcome visitors in Ostrava.

Michal Cihlář, an artist mainly known to the Czech public for his colour linocuts and photographs of a series of manhole covers, is showing his work at Galerie Montmartre.

The exhibition is taking place on the occasion of the publication of the monograph Ze života kanálů (From the Life of Sewers), the first title in the authorial series Detail v designu, design v detailu (Detail in Design, Design in Detail). The series, prepared by Michal Cihlář and Veronika Richterová, maps the subjects of their joint photography collections over the years and is issued by the Novela bohemica publishing house.

Igor Korpaczewski (born Prague, 1959), who studied at Prague’s Academy of Fine Arts between 1983 and 1989, ranks among the most unmistakable solitary artists of the ‘80s generation. He focuses systematically on the different options offered by figural depiction, which occasionally results in work that is even conceptual. Operating under the pseudonyms KW and Q, he has taken part in many projects, both at home and abroad, since the 1980s. For two decades he has been an assistant at Jiří Sopek’s studio at the Academy of Fine Arts, where his marked influence on a younger generation of artists can be seen.

Jan Bačkovský (born 1957, Hradec Králové) is a member of the generation of painters of the 1980s and exhibited in Confrontation group shows. Between 1979 and 1985, he studied at the Academy of Fine Arts in the studio of monumental art under Professor Arnošt Paderlík. He originally focused on figural painting, before gradually switching to the abstract expression that he devotes himself to today.

An exhibition composed of the most interesting visual poems from Václav Havel’s Anticodes. The Václav Havel Library is putting on the show in cooperation with the National Theatre on the occasion of the publication of a newly expanded edition of the Anticodes collection and the premiere of a theatrical production of Anticodes by the Laterna Magika ensemble at the New Stage.

Exhibition of paintings by Otto Placht inspired by the mystical stories and contemporary life of the Shipibo Amazonian Indian tribe.

Otto Placht (*1962 Prague) is an artist known to the Czech public primarily as a “painter of the jungle”. He graduated from the Academy of Fine Arts in the 1980s and from 1990 to 1993 was active at Jiří Načeradský’s Studio of Monumental Creation.

In 2013, the Václav Havel Library’s Galerie Montmartre is presenting an exhibition series entitled “Eighties” that presents the generation of artists born in the 1950s and ‘60s. Among those represented are artists from the underground and those who studied in the 1980s while also taking part in unofficial exhibitions, including the Confrontation series. They include Michal Cihlář, Otta Placht and Libor Krejcar. The idea behind the series is to present artists, often operating on their own, whose work is insufficiently known to the public. The series has got underway with a show of work by David Němec, which runs until 13 January 2012. 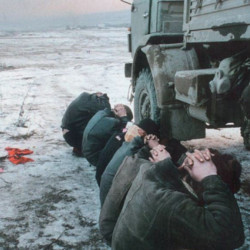 Exhibition of photographs by Adam Borowski capturing the atrocities of the Chechen war.