Václav Havel is interested in literature and art from his childhood. As soon as he learns to write he does so constantly. Like many others on the verge of adulthood, he starts with poetry. Film has always most captured his imagination, though his class origins mean he can forget about that dream. In his 20s he publishes texts about literature and film in major arts magazines. By an accident of fate, however, Václav Havel’s public life begins in the field of theatre.

In the 1960s he achieves domestic and international respect as the author of theatre plays. Along with Jan Grossman he is regarded as one of the creators of a Czech version of the Theatre of the Absurd and his The Garden Party is a key event in Czech theatre in that period. In parallel he continues to publish reviews, studies and articles in literary and theatre periodicals.

Though he is forced out of the official culture as a banned writer following the advent of Husák’s normalisation, and is later imprisoned for more than four years, he is not silenced. On the contrary, he pens pivotal social-critical essays analysing and criticising the totalitarian regime (The Power of the Powerless), ponders the opposition’s possibilities and seeks ways to enter dialogue with the authorities. In the same period he creates his most important, now psychologically focused, works whose heroes, respectively anti-heroes, are lost in the despair of totalitarianism and their own confusions and mistakes but try to find themselves, an identity, in their suffering and worries. Identity and personal responsibility are Václav Havel’s major themes, placing his literary work beyond time and space. This is another reason his new essays, philosophical letter from prison and plays are published abroad before at home.

As a writer whose texts meet a strong international response and whose plays are performed around the world, Václav Havel becomes a well-known public figure, the informal leader of the anti-Communist opposition and later his country’s president. As head of state he continues to write; his presidential texts are not typical political speeches but critical, analytical, provocative and inspiring essays.

Here we see the legacy of the writer Václav Havel – the moral continuity of an artist whose responsibility to society and to history is a basic condition for preserving his personal identity. 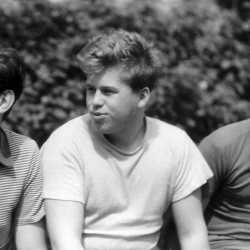 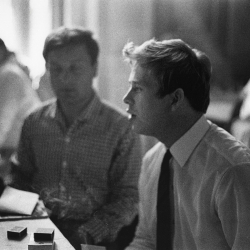