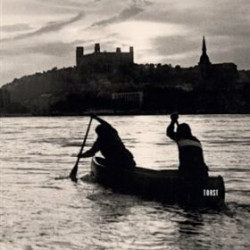 In his latest work Slovenské století (The Slovak Century), the writer Pavel Kosatík traces the development arc that Slovak society underwent in the period 1918–1998, concluding that the Slovaks did not waste their historical time. They began from a worse starting position than the Czechs; not only did their public and political life lack structure, it hardly existed. However, at the end of the 20 th century that society, which shortly before had barely existed, succeeded in uniting and removing from power a non-democrat with dictatorial ambitions. The Slovak Century is also a book about shared Czech-Slovak history. For the Czech reader it offers answers to the questions of what shaped the specific forms of Czech-Slovak coexistence and what is the Czech responsibility for the fact shared life in one state ended in misunderstanding.

Pavel Kosatík will discuss the book, and contemporary Slovakia, with the historian Vojtěch Čelko and His Excellency Rastislav Káčer, Slovak Ambassador to Prague.

Jáchym Topol will chair the discussion.