A Quarter-Century with Lukashenko – What Next? 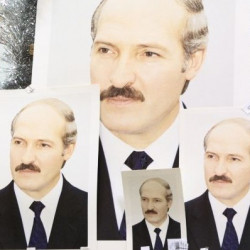 Though Belarus is on the eastern border of the European Union, it remains an unknown country to the bloc’s citizens. It only makes the newspapers when its authoritarian leader decides to ignore a pandemic or plays at elections that are in fact nothing of the sort. The regime responds hysterically, censorship is in full effect and opposition names are struck off electoral lists in advance or end up in jail before they have even tried to protest.