Václav Havel: The Beggar’s Opera – A Play About Morality and Manipulation 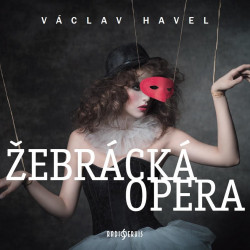 Discussion about a new radio recoding (premiered on Czech Radio on 16 November).

Václav Havel wrote his version of The Beggar’s Opera in 1972 after being commissioned by the Činoherní klub theatre, though it was not performed until 1975, when the theatre Divadlo na tahu staged it in Horní Počernice, directed by Andrej Krob. It was filmed by Jiří Menzel in 1971.

Organised by the Václav Havel Library in cooperation with publishers Radioservis.