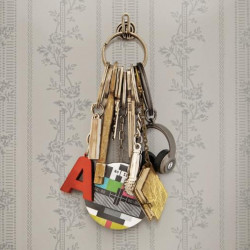 The search for transcendence and spiritual values has always been closely associated with societal development in our lands. That was also the case in the time of the Austro-Hungarian Empire, and particularly following the creation of Czechoslovakia. Prior to the ascent of Communist dictatorship in 1948, the diversity of spiritual and religious life in our country also found external expression. One spiritual current with a firm position in that mosaic was the Bahá'í faith, which influenced many figures in Czech intellectual circles and also interested the Czechoslovak presidents Masaryk and Beneš. Like other faith groups, Bahá'í was the target of persecution by the totalitarian system following the Communist coup.

In cooperation with the Bahá'í Information Centre.

Václav Havel and other leading figures of the Czech struggle for a democratic future deemed education to be the foundation for democracy. Today, 30 years after the introduction of democracy to the Czech Republic and 15 years after the Czech accession to the EU, the Czech educational system provides basic education for every citizen and performs well in international testing. On the other hand, education remains underfunded by the government, the teaching workforce is aging, and the content of education is prone to emphasizing the past, both events, and institutions, over contemporary knowledge and the challenges of tomorrow. How far has the Czech education come in fostering democracy, what are the solution to current challenges and how should education respond to major issues of tomorrow?

In cooperation with Europeum