The Underground and Czechoslovakia in the Years 1976–1981 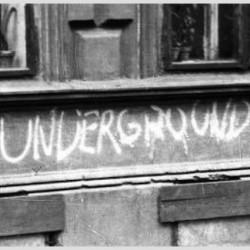 The period covered by the fifth international conference on the Czech underground was not selected randomly. The normalisation regime’s first mass campaign against the underground community began in 1976. It ended with the uniting of a fragmented opposition around a common platform, Charter 77. Paradoxically, it took the Communist regime itself to politicise and popularise the underground.

Many young people, on the verge of adulthood, learned about the existence of long-haired rebels from the widespread smear campaign and soon swelled their ranks. A confrontational phase of the Cold War was reflected in an increased crackdown on the domestic opposition. At the turn of the 1980s the Communist regime launched a second drive against the underground that culminated in the nationwide operation “Satan”, targeted against the underground magazine Vokno, first published in 1979. “Satan” was preceded by the regional operation “Sabat” aimed at destroying the underground in North Bohemia, specifically its connection to the Prague centre of Charter 77. It remains little known that, apart from in Prague, the greatest number of Charter 77 signatories were actually from the underground. These people created the spine of the movement. The period 1976–1981 represents the peak, integrating phase of the Czech underground, whose spiritual leader was Ivan Martin Jirous. Other typical aspects of this period clearly include the phenomenon of “country houses”, islands of freedom where there was a vibrant cultural life, under the watchful eye of the State Security.

These and many more, often unjustly overlooked aspects will be the focus of this conference bringing together leading domestic and international experts.

Organised by the Václav Havel Library and the Institute for the Study of Totalitarian Regimes.