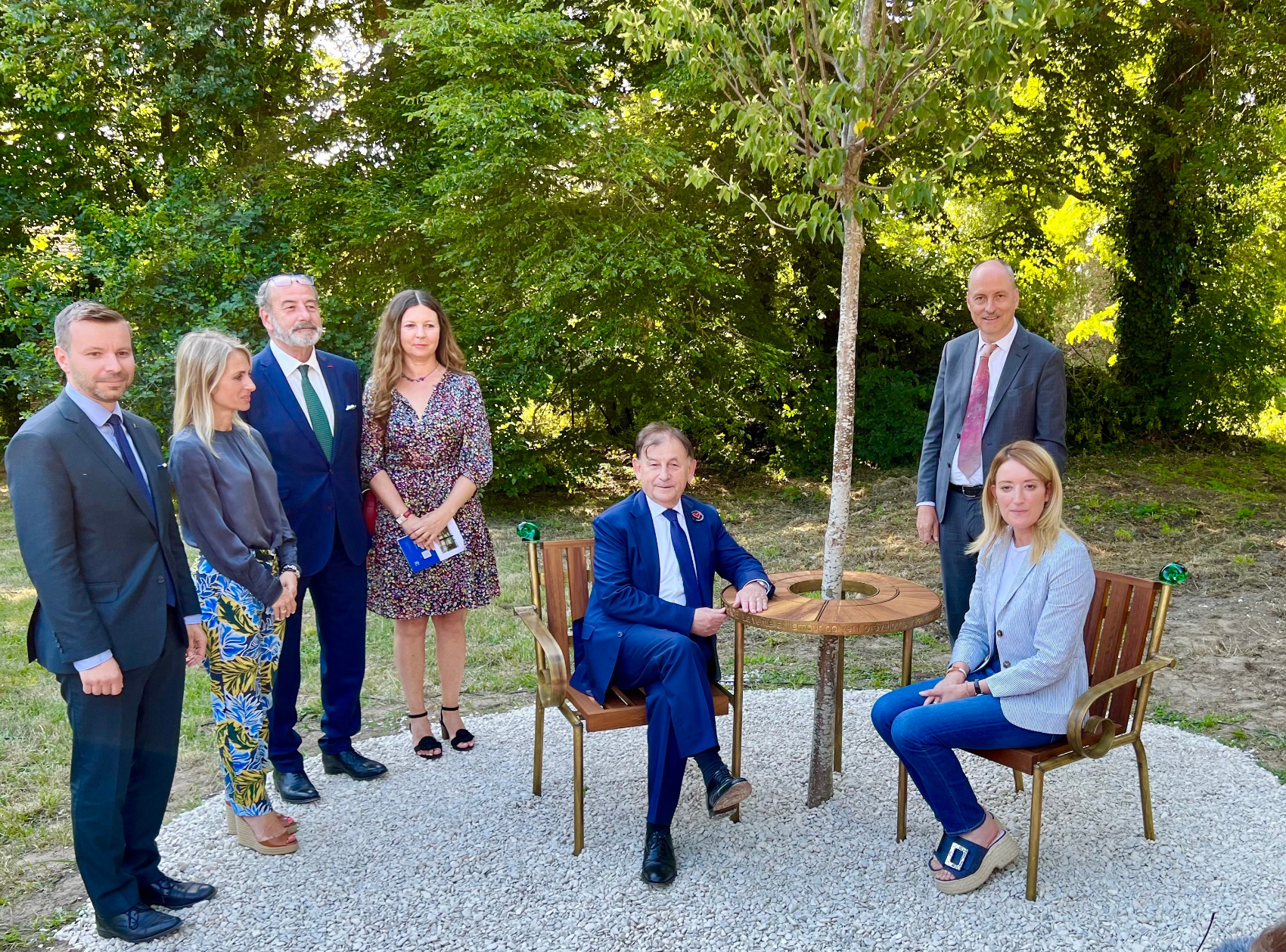 At a time when the Czech Republic is preparing to assume, after France, the six-month presidency of the Council of the European Union for the second time, a Vaclav Havel’s Place was ceremonially unveiled in the garden of the home of Jean Monnet, resistance fighter, diploma, creator of a plan to renew Europe after the war and one of the architects of the European Union. Following WWII the farmhouse, which is administered by the European Parliament, was a gathering place for those interested in Europe’s future. And it was there that Jean Monnet held talks with Robert Schuman on the European Coal and Steel Community, as the two laid the foundations for the future European Union together. The chairwoman of the European Parliament, Roberta Metsola, took part in the unveiling and praised the Czech president’s contribution to thinking about Europe and the historical significance of its integration.

​The Václav Havel’s Place was ceremonially unveiled at the newly opened University of Pardubice campus. “This form of memorial is a good symbol of essence of the personality of Václav Havel, who had a rare gift for listening to others and creating a pleasant atmosphere for meetings, debates and reflections,” said Anna Freimanová of the Václav Havel Library.