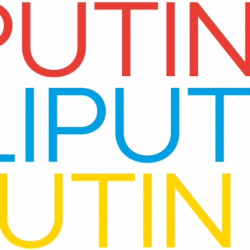 A Czech who travels to Ukraine to find his other self. A gang of homeless children that the war drives out of a cellar that residents want to use as a shelter. A German couple who “rent a womb” in Ukraine but get stuck there after the birth of their child. A teenager who delivers lavash in besieged Mariupol and hesitates about when to get out before until it’s too late. A Russian academic and her lover decide to protest in central Moscow with a pas de deux from Swan Lake… No, the protagonists of these short stories aren’t soldiers on the frontline – but they will never be the same again either.

Novelist and editor in chief of the literary monthly Host Jan Němec presents his new collection Liliputin. Povídky z války (Lilliputian: War Stories). It contains five short stories – two Western ones, two Ukrainian and one Russian. All are about the war, although it’s not always clear who the enemy is.