Alexander Podrabinek and Dissidents in Russia 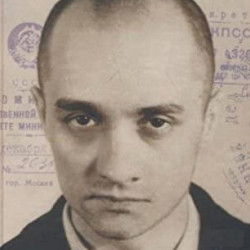 Alexander Podrabinek, author of the book Soviet Dissidents, is cofounder of the Independent Psychiatric Association and a journalist who in the 1970s and 1980s worked with world- renowned opponents of totalitarianism, such as Andrei Sakharov and Nadezhda Mandelstam. His activities led to his jailing and exile in Siberia. In his book he outlines the everyday situation in the USSR, where undesirables were repressed and killed in various
ways, while also exploring the stories of KGB officers.

Podrabinek’s work, what life is like for Russian opponents of the Putin regime today and the situation of organisations defending human rights, such as the well-known Memorial, will be discussed by personal friends of Alexander Podrabinek, the book’s translator Petruška Šustrová, writer Petr Placák and journalist Ondřej Soukup, a Russia expert.
Chaired by Jáchym Topol.
Organised by the Václav Havel Library in cooperation the Pulchra publishing house.