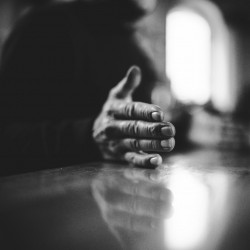 How to speak about death? Twenty-six personalities welcomed the authors of Pro smrt uděláno (Ready to Go), trusting them to explore this difficult topic together. They learned to be sensitive, but also relentless: We invite you to lose your fear with us; perhaps not of death, but of speaking about it.

The book is neither an academic treatise nor a mere useful instruction manual, even though it also contains those aspects. The interviews show the diverse forms that awareness of death and fear of it take on, as does speaking about this intimate and demanding subject. It is generally assumed that this is a taboo, repressed subject, though this is contradicted somewhat by the interviews. Finding a way of addressing this theme in a “human” and open way may prove more difficult. One of the book’s aims is to foster greater openness in issues surrounding human finitude, solitude, suffering, dignity and coming to terms with the unknown.

Jáchym Topol will host the evening.

Organised by the Václav Havel Library in cooperation with the Kalich publishing house.