Afghanistan – The End of a Nightmare or the Start of a New One? 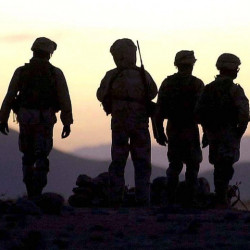 After 20 years the Taliban are back in power in Afghanistan. Though such a conclusion could have been predicted after a deal last year between the US and representatives of this radical Islamic organisation under which American and allied forces were to leave the country, the speed with which this has become reality has surprised most observers and many direct participants, sparking several questions: Was it an armed victory of one side, or an arranged handover of power? Did background deals facilitate such rapid change? What impact will the capitulation of the Afghan government and the international alliance that supported it have on the credibility of the US and NATO, whose forces made up the core of that coalition? What guarantees did the US and the international coalition stipulate with regard to respect for human rights in the newly created Islamic emirate, and how do they aim to enforce adherence? What will be the geographical impact of the change of regime in Afghanistan when it comes to the standing of powers such as the US, China, Russia and other states?

In a debate chaired by Tereza Engelova, these issues will be considered by Deník N reporter Petra Procházková, Cameron Munter, a former US ambassador in Pakistan and Serbia, and Jiří Baloun, the Czech ambassador to Afghanistan.