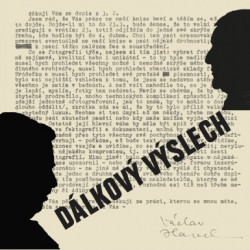 Václav Havel’s Disturbing the Peace is our former president’s most personal, but at the same time most successful, book. It is an account of his relationship to people, art and politics butis also his biography. By giving this book-length interview to Karel Hvížďala, he relieved himself of the obligation to penhis memoirs one day. The book first came out in Czech in London in 1986. A modified edition, supplemented by unique photographs and a foreword by Petr Pithart, is coming out for the 85th anniversary of his birth.

Petr Fischer will host the evening while Vladimír Merta will provide musical accompaniment.

The book will be “baptised” by Lenka Bradáčová.