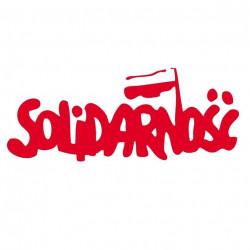 The Solidarity independent trade union was established on 31 August 1980 on the basis of a deal to end a strike at a shipyard in the Polish city of Gdansk. The Eastern Bloc’s first independent union immediately became a nationwide movement that rocked the Communist Party’s monopoly on power. From its inception, Solidarity also emphasized the international aspect of its mission, which was eventually seen in its Appeal to Workers in Eastern Europe, directed towards people elsewhere in the bloc.

How were developments in Poland viewed by Czechoslovak society? How did they influence the Czech dissent? To what extent were Solidarity’s experiences applicable to the reality of normalisation Czechoslovakia?

Taking part in the discussion will be Petr Pospíchal and Alexandr Vondra (tbc), former dissidents who were involved in the establishment of Polish-Czechoslovak Solidarity, and the Polish historian Łukasz Kamiński.

Michael Žantovský will moderate the evening.

Organised by the Václav Havel Library in cooperation with the Polish Institute Prague.

The debate will take place in Polish and Czech, with interpretation provided.