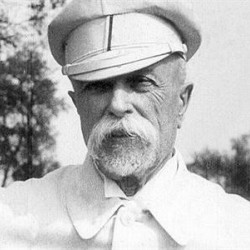 Subjects related to T.G. Masaryk have undergone numerous changes since 1989. The anniversaries of 2017–2020 (80 years since TGM’s death in October 2018, the 170th anniversary of his birth in March 2020) have boosted interest once again and sparked the creation of many popularizing, commercial and academic works on Masaryk. His image and legacy have been brought up to date via texts, films and artworks. Efforts at authenticity and originality of approach have frequently been accompanied by a search for new forms and alternative presentations.

The debate will focus on themes linked to the possibility of “eternal” inspiration by major historical figures across fields and genres and on questions about artists’ motivation to update historical subjects.

Organised by the Václav Havel Library in cooperation with the Masaryk Institute and the Archive of the Czech Academy of Sciences.