Monika Zgustová: Dressed for Dancing in the Snow 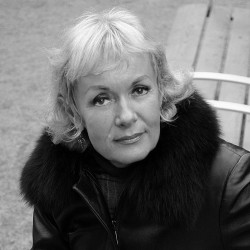 Monika Zgustová, a Czech writer and translator into Spanish and Catalan (she has translated over 50 works by leading Czech authors) living in Barcelona since the 1980s, will introduce one of her most recent works at the point where the novel and non-fiction overlap, Oblečené k tanci na sněhu (Dressed for Dancing in the Snow). It offers an authentic account of nine “strong, astute and brave” women who came into conflict with one of the most terrifying totalitarian regimes in human history but were unbroken and succeeded in returning to at least partially normal Soviet life.

Zgustová’s heroines describe not just petrifying experiences in the world of Stalin’s labour camps but also a challenging “return to civilian life” that was frequently just as hard as their stays in places scarcely compatible with normal human life.

All of them agree that they survived mainly thanks to the fact that they held literature and poetry close and found beauty even in the most inhumane conditions, and that their time in the camps helped them to realise which values are actually important. Despite the poignant subject matter, the book is a celebration of life and has a positive ring in the sense that even such drastic experiences can be survived.

Organised by the Václav Havel Library in cooperation with the Argo publishing house.