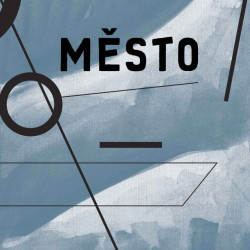 An encounter with a Ukrainian cult novel translated into Czech by Miroslav Tomek. Valerian Pidmohylny’s The City is both an adventure and philosophical novel that stands up creditably, and playfully, within the context of European modernism. The story of a young man who leaves his native village to become an engineer and spread learning initially comes across as schematic, even naive. But only because the young man is himself naive. Will the city grind down the hero and rob him of his ideals? Yes and no. The city doesn’t respond to these questions but raises fresh ones. It forces the protagonist to encounter himself, to run up against his own desires and sexuality, to let himself down, to find a calling. It was just this ambivalence and non-schematic approach that saw the novel dubbed anti-Soviet. Its writer Pidmohylny (1901–1937) died during the purges.