The Václav Havel Library at the Farmer’s Market in Dejvice 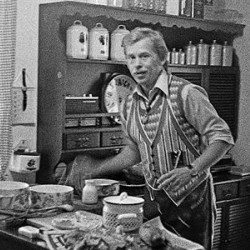 A stand offering fare from the Václav Havel cookbook and publications produced by the VH Library.

A day before the anniversary of 17 November, we will not only recall the major role played by Václav Havel in the revolution and the importance of his legacy for freedom and democracy but also savour some tastes and aromas associated with his name.

Visitors to the market will be able sample dishes from the recently published Václav Havel cookbook Kančí na daňčím (Boar on Fallow Deer), such as the unrivalled Lukashenka’s Rage, which will surely spur them to purchase this unique collection of Havel-related recipes or other recent titles published by the Václav Havel Library that will also be on sale.

Later, their mood brightened, they may like to exercise their civic viewpoint at Letná Plain. Bon appétit!