Beatrice Landovská: It’s Never Too Late (For a Happy Childhood) 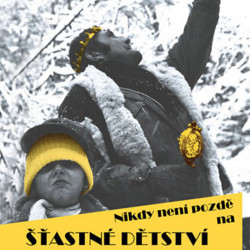 Beatrice Landovská’s autobiographical book Nikdy není pozdě na šťastné dětství (It’s Never too Late for a Happy Childhood) details the contented childhood of the daughter of actor Pavel Landovský. Excerpts will be read by Libuška Šafránková, his old colleague from the golden age of the theatre Činoherní klub, when Russian dramas were performed (as referred to many times in the book), as were the greats of the 1960s: Pavel Juráček, Jan Němec, Václav Havel and Ludvík Vaculík. The memoir centres on the period 1962–1976 and recount events in the Prague district of Vokovice, Pardubice, Kytlice and other spots in Bohemia, as well as on a trip to Bulgaria.

“Is there such a thing as childhood? All that exists is what we remember. And when our memories go, even that won’t exist. When we become adults only we adults are responsible for our childhoods.”

Whoever was around then will remember and whoever wasn’t will learn how wonderful a Prague childhood could be.

Jáchym Topol will conduct a talk with Beatrice Landovská. The book’s editor, Petr Himmel, will launch the gathering.

Organised by the Václav Havel Library in cooperation with the Garamond publishing house.