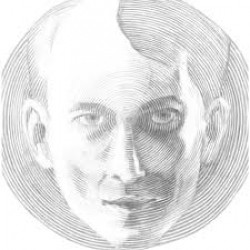 In honour of the 40th anniversary of their first official concert, we will recollect moments shared with the band Psí Vojáci during a day and evening of remembrance.

These celebrations are very much at the right venue in the Václav Havel Library. After all, it was thanks to Václav Havel that the group’s front man Filip Topol appeared in public for the first time, playing before The Plastic People of the Universe at Hrádeček. A year later the full band performed their first official concert within the Prague Jazz Days festival in 1979. In the afternoon we will remember them via the interactive exhibition Psí Vojáci: Music on the Canvas by Sára Svobodová, whose brushes moved to the rhythm of music that you can listen to on headphones placed by the paintings. We will also look back in an interview with the artist due to follow as part of the evening programme. VHL dramaturge Jáchym Topol will also take part, delivering a reading of one of his brother’s poems.

The evening will conclude with performances by Vladivojna La Chia, with a repertoire of Psí Vojáci songs, and the duo Déjà vu. The whole nation of “Dog Soldiers” are invited to come along and remember and listen in the company of fellow fans.

The evening will be moderated by Anna Řeháková, coordinator of the exhibition Psí Vojáci: Music on the Canvas.