Czechoslovaks’ Journeys to Freedom in the Antipodes – Havel in the Pacific 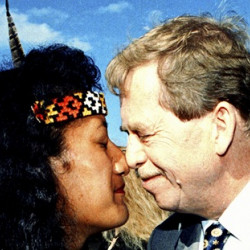 We will look back at the community of Czechs and Slovaks Down Under, while exiles themselves will describe life in Australia and New Zealand. Also discussed will be the Czech men and women who found success in Pacific countries. As part of the discussion we will also recall Václav Havel’s presidential visit to the region in 1995.

Markéta Vozková from the Aussie and Kiwi Film Fest team will compere the evening.

The event takes place within the accompanying programme of the sixth edition of the festival of Australian and New Zealand cinema, whose theme is FREEDOM. For more, go to www.aussieakiwi.cz