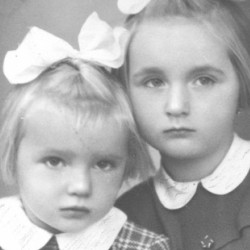 Did the lives of daughters and sons whose parents had been political prisoners in the 1950s change after November 1989? If so, how?

As children and young people they experienced persecution and discrimination on the part of the Communist totalitarian regime, feelings of injustice and humiliation, separation from their families and concern for the lives of their nearest and dearest and themselves. They frequently heard in their neighbourhoods and schools that they were “enemies of the state”. After 1989 their parents were rehabilitated and became national heroes. But did the events of November 1989 also provide moral, social and material recompense to the offspring of 1950s political prisoners?

These issues will be discussed by Ludmila Zouharová (daughter of Václav Švéda of the Mašín brothers group, who was shot escaping over the border, arrested and sentenced to death), Jaroslava Matoušková (daughter of Zdeněk Wünsch, a member of a Prague resistance group that planned a political coup after the Communist takeover of February 1948), František Brož (son a progressive farmer from the Jičín area who in 1951 had all his property confiscated before the family were forcibly moved to Ondrášov in North Moravia) and other children of 1950s political prisoners. The debate will be preceded by the screening of video testimonies from the group Daughters of the 1950s, who received a Gold Star in the European Commission’s Active European Remembrance programme.

Historian Jan Kalous from the Institute for the Study of Totalitarian Regimes will moderate.