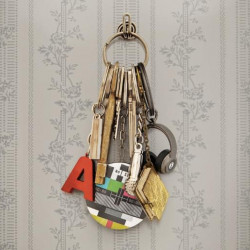 Values provide us with the motivation and means to orient our wants and decisions toward the future. If today we speak about a crisis or a breakdown of values, we understand that at risk, alongside values, are the integrity of mankind, the quality of interpersonal relationships and the achievements of civilisation. However, are we actually aware of what values are and what they are based on? Come and listen to this debate involving members of the dialogue-focused community WebDialog!

The debate is taking place in cooperation with the WebDialog Foundation.

15.00 – 16.30 | HOW TO ENGAGE THE CZECH CIVIL SOCIETY IN THE FIGHT AGAINST CORRUPTION?
During the post-socialist transition in the Czech Republic, public policies were aimed at tackling political corruption, with more or less success. However, according to various opinion polls, corruption is still cited as one of the most urgent issues that must be resolved. This demonstrates, that political corruption should be addressed beyond legal and institutional arrangements. Indeed, corruption is a relevant starting point to examine a society in terms of relationships between citizens and the state, expectations from office-holders, civil society engagement, and last but not least, evolution of societal values. What lessons can we draw from other transitioning countries such as Kosovo or Afghanistan? James Wasserstrom, currently anti-corruption officer in Afghanistan, will share his experience from these transitioning countries. From there we'll move on to a discussion about anti-corruption tools and methods where civil society can be engaged: rewarding and protecting whistleblowers, introducing innovative voting methods, or crowdfunding an online calculator that speeds up the prosecution of corrupt politicians. Finally, we would like to open a discussion about the contours of anti-corruption fight in the next 30 years. How will personal and societal values evolve, and how they will impact subjective judgements on corruption? Will we be more tolerant towards these transgressions, or on the contrary, condemnation of corrupt behaviours will get stronger? How to translate this moral condemnation into democratic practices? Can the anti-corruption endeavour unite the Czech society?

The panel will be composed of people involved in the fight against corruption: Jim Wasserstrom (USA) – anti-corruption officer at the US embassy in Kabul, Karel Janeček (CZ) – director of Institute H21, inventor of the Janecek voting method Ondřej Timčo (CZ) – researcher at Institute H21, specialist on corruption in Central and Eastern Europe Alexandre Reznikow (CZ/FR) – expert on ethics and human values at Eticia 21
Moderátor: Karel Škácha (CZ) – director of the Anticorruption Endowment

In cooperation with Anticorruption Endowment.

They met for the first time in 1978 at a secret gathering on the peaks of the Krkonoše Mountains as enemies of the Communist regime. Less than 12 years later the playwright Václav Havel had become Czechoslovak (and later Czech) president and the journalist Adam Michnik was editor-in-chief of Poland’s biggest daily, Gazeta Wyborcza.

The illegal meeting of these two exceptional figures, linked by the idea of an effective and peaceful strategy to dismantle authoritarian regimes in Central Europe, led to a lifelong friendship. Over the two subsequent post-revolution decades they conducted a constant dialogue on how to build democracy, cultivate a free political culture and maintain their ideals in their countries. The conversations, in which Havel’s and Michnik’s views, different life experiences and humour collided, offer a penetrating testimony to a remarkable era. They are coming out in complete form, and in Czech, for the first time. Michael Žantovský will chair a talk with Adam Michnik and the book’s editor Tomáš Vrba.