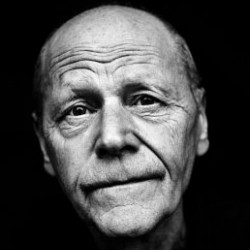 Meeting with novelist Pierre Michon, laureate of the prestigious Franz Kafka Prize, which recognises exceptional literary work by major modern authors, for 2019. Michon received the Prix France Culture for his very first book (Vies minuscules, Gallimard 1984), while he also earned one of France’s most important awards, the Grand Prix du roman de l'Académie française, for his book Les Onze, as well as being presented with the Petrarca-Preis, Prix Décembre and Prix Marguerite-Yourcenar.

The evening will be introduced by  Jovanka Šotolová.

The event will include simultaneous translation from French to Czech and vice versa.

Organised by the Václav Havel Library and the Institut français in Prague in cooperation with the Franz Kafka Society and publishers Paseka.