Evenings with Reports: Poles and Czechs 30 Years Later / Us and Them 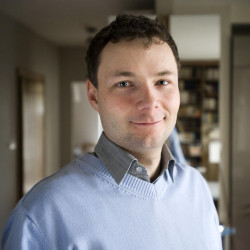 Though we live in free and wealthy countries, the trenches running through society are getting deeper. Social cohesion, compromise in the name of mutual interest and the art of listening to others are disappearing. We are fracturing into small (social) bubbles that reinforce their own truths and search for the enemy within. This problem besetting the whole Western world is also being felt keenly in the Czech Republic and Poland, impacting public debate, politics and our lives.

A discussion between the sociologists Michał Łuczewski and Daniel Prokop will be moderated by Petr Vizina.

For Central European countries 1989 represented both a new starting line and an entreaty to come to terms with many internal problems. Thirty years after the fall of communism, Polish and Czech journalists and figures from public life discuss the transformations in the two countries.

This anniversary series was co-created by the Václav Havel Library and the Polish Institute in Prague. Supported by the Czech-Polish Forum of the Ministry of Foreign Affairs of the Czech Republic.

The debate will take place in Polish and Czech. Interpretation will be provided.