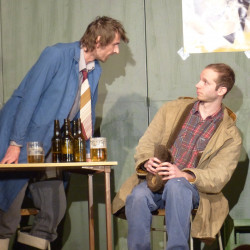 Václav Havel’s tragicomedy about beer, human weakness and totalitarianism and more, as performed by the Holešov-based Divadelní studio Viktorka.