Timothy Snyder: The Road to Unfreedom 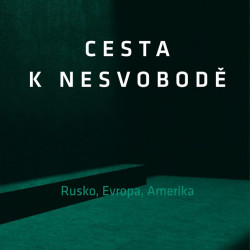 A debate about the US historian’s latest book

Liberal democracy has not been the outright winner of the Cold War and the declared end of history never came to pass. Vladimir Putin has reinforced his position of power and fascist ideas about the need for a strong hand are once more beginning to resonate.

Russia is waging a cyber war on Europe and the US and using new allies among nationalists, radicals and oligarchs to undermine the trustworthiness of democratic institutions. This current trend has resulted in Brexit, Donald Trump, the general rise of populism and the increasingly palpable vulnerability of Western society.

Drawing on broad research and his observations of recent events in Russia, Ukraine, the US and Europe, Snyder points to the essence of the threat. He highlights the benefits of traditional politics and explores which of the choices on offer we ought to choose: equality or oligarchy, individualism or totalitarianism, truth or lies. The book is a compelling account of the rise of authoritarianism and delves behind the headlines to offer a way out of widespread uncertainty.

Timothy Snyder’s The Road to Unfreedom, which is just being published in Czech by the Paseka and Prostor publishing houses, will be discussed by historians David Svoboda and Petr Hlaváček, teacher and politician Alexandr Vondra and translator Martin Pokorný.