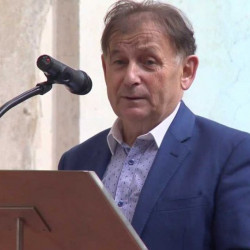 In democratic societies, there exists a fundamental consensus about the importance of human rights and adherence to human rights standards. This consensus, however, begins to falter when specific human rights are found to be in an apparent or genuine conflict with other important human sights, such as security, prosperity or the majority principle in a democracy.

The upcoming 5th international Václav Havel Human Rights Prize Conference, which is awarded by the Václav Havel Library in Prague together with the Parliamentary Assembly of the Council of Europe and the Charta 77 Foundation aims to discuss these conflicts and their resolution. Its three panels dedicated to human rights and security, human rights and prosperity, and human rights and democracy will offer the floor to leading Czech and international experts, activists and politicians. The audience can also look forward to a special appearance of one of the Nobel Peace Prize Laureates.

The shortlist of this year's Václav Havel Human Rights Prize