Interviews with the 36ers and Silver Wind (VHL Workbooks No 6) 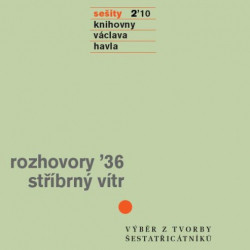 Anthology of work by the Thirty-sixers, whose leading figure was Václav Havel.

The book is composed of works of the 36ers published in Samizdat magazines Interviews with the 36ers and Silver Wind. Among others, it contains Havel’s unknown texts from his earliest period, uncovered in the depths of Hrádeček.

(From the introduction of Martin C. Putna in Interviews with the 36ers, Silver Wind)