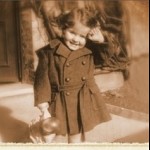 By the time Madeleine Albright was 12 years old she had seen several historical dramas with her own eyes – the Nazi occupation of her native Czechoslovakia, the bombardment of London, to where her family had fled, the Allied victory in WWII, the rise of communism and the start of the Cold War.

In Prague Winter, Madeleine Albright describes those stormy 12 years. The book is built upon childhood memories as well as her political and academic erudition, mixing family reminiscences and written documents and the records of actors in the events of the time, presenting readers with a powerful historical fresco and inner testimony. These two poles of her storytelling are constantly supplemented and fused; the writer explores the past from the perspective of timeless dilemmas, at the same time telling a very personal story with universal impact.

The book takes the reader from Prague Castle to London air-raid shelters, from the bleak Terezín ghetto to meetings of world leaders. Madeleine Albright reflects on her Jewish origins, which she learned of in later years, and explores complicated Czech history as well as the thorny moral decisions that her parents’ generation had to deal with. On the basis of the testimonies of witnesses, she shows how millions of ordinary people were ripped from their family environments and found themselves in the role of exile leaders, resisters and collaborators, victims and murderers. These immensely complicated historical events are at the same time shaped by concepts that people grasp the meaning of in childhood: fear, trust, adaptability, the search for one’s own identity or the perception of the difference between good and evil. As Madeleine Albright writes, nobody who was on earth between 1937 and 1948 was unfamiliar with deep sadness. Millions of innocent people died and their deaths must never be forgotten. We cannot make up for the lost lives today, but we do have the duty to find out as much as we can about why and how all of those things happened.

Madeleine Albright’s memoirs was best described shortly before his demise by the author’s close friend Václav Havel: “Madeleine Albright has written a stirring story full of adventure and passion, tragedy and bravery against the backdrop of occupied Czechoslovakia during the Second World War and the next three years, leading up to February 1948. In her books she offers a fresh and novel view of events that shaped her life and subsequent career, prompting us to think deeply about the ethical dilemmas that have also arisen in our own lives.” Published by Argo in cooperation with the Václav Havel Library.