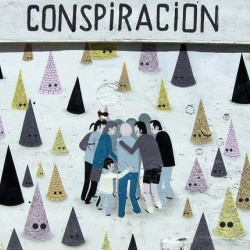 This event is the opening of the final meeting of the COST Action “Comparative Analysis of Conspiracy Theories.” The project, which aims at synthesizing and moving forward the European research on conspiracy theories, has been running since May 2016. It comprises more than 150 scholars from 40 countries and more than a dozen disciplines.

After the official welcome by Prof. Peter Knight (University of Manchester), the Action Chair, and Prof. Katerina Kralova (Charles University, Prague), Prof. Mark Fenster (University of Florida), author of Conspiracy Theories: Secrecy and Power in American Culture (2nd ed. 2008) and one of the most prominent scholars in the field, will deliver a keynote address entitled “Feed: Conspiracy and Transparency Amidst Information Abundance.”

The talk will be chaired by Prof. Michael Butter (University of Tübingen), the Action Vice-Chair. The lecture will be followed by the official launch of the book series “Conspiracy Theories” which is published by Routledge and edited by Michael Butter and Peter Knight, and in which the publications of network members and other scholars working in the field will be published in the next years. This series will be introduced by Prof. Peter Knight.

Organised by the Václav Havel Library in cooperation with Faculty of Social Sciences, Charles University. The event will be conducted in English without translation.